Ok, so you love owls (which is great) but a tattoo of one doesn’t mean you’ve transcended reality or reached nirvana. 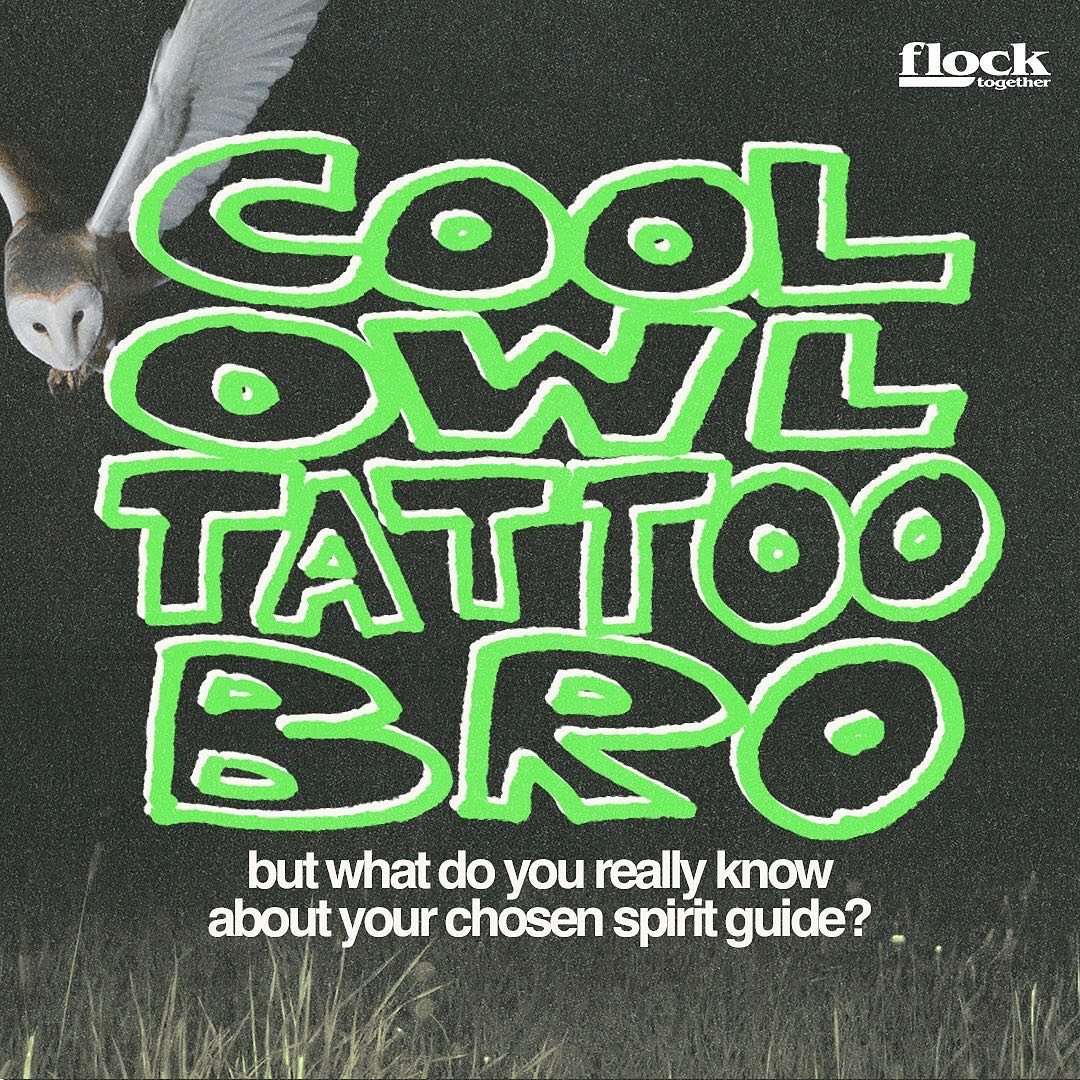 These days owls feature on mugs, notebooks, T-shirts and beginner yoga flyers. They appeal to those who want to stand alone, build up personal wisdom and come alive whilst everybody else sleeps. Being owl obsessed is cool but let’s make sure we know the history (and biology) to back up our opinions and avoid appropriating a truly fascinating animal.

The ‘wise old owl’ thing isn’t incredibly new. Owls have fascinated us for thousands of years. The Greek goddess of strategy and wisdom, Athena, was often depicted with an owl by her side. Aboriginal Australian cultures, tribes all over Africa as well as many Asian countries all have folklore and beliefs about a bird which has evolved nocturnal habits specifically so it can avoid attention like the kind it receives from humans.

So whether wise old forest spirit, library mascot, grim reaper or messenger of the afterlife, we can be sure of one thing; the owl, in terms of behaviour and appearance is something worthy of our attention and always has been.

“for the Owl there was something infinitely preferable about the night. The Owl had difficulty explaining this to other birds.”
― Zadie Smith, Feel Free

Flat faces, silent flight, nocturnal hunting and razor sharp talons are all biological signs that point towards an animal that is seriously specialised to fill a very particular ecological niche.

Despite the stereotypes, unlike humans, owls don't go to school to become experts in their field. In fact, as far as birds go (and it’s pretty far), owls are averagely intelligent at best. There are lots of birds out there who will solve a problem much quicker than an owl, but how well could those same birds see in the dark? After generations of specialising, the owl is an example of intelligent design from the sketchbook of mother nature.

More than 50 million years ago, owls had to make a tough choice: adapt to the daytime or opt for the less busy night time shift (featuring less predators and competition). Choosing the latter, owls could focus on making their skillset work for them under the moonlight. 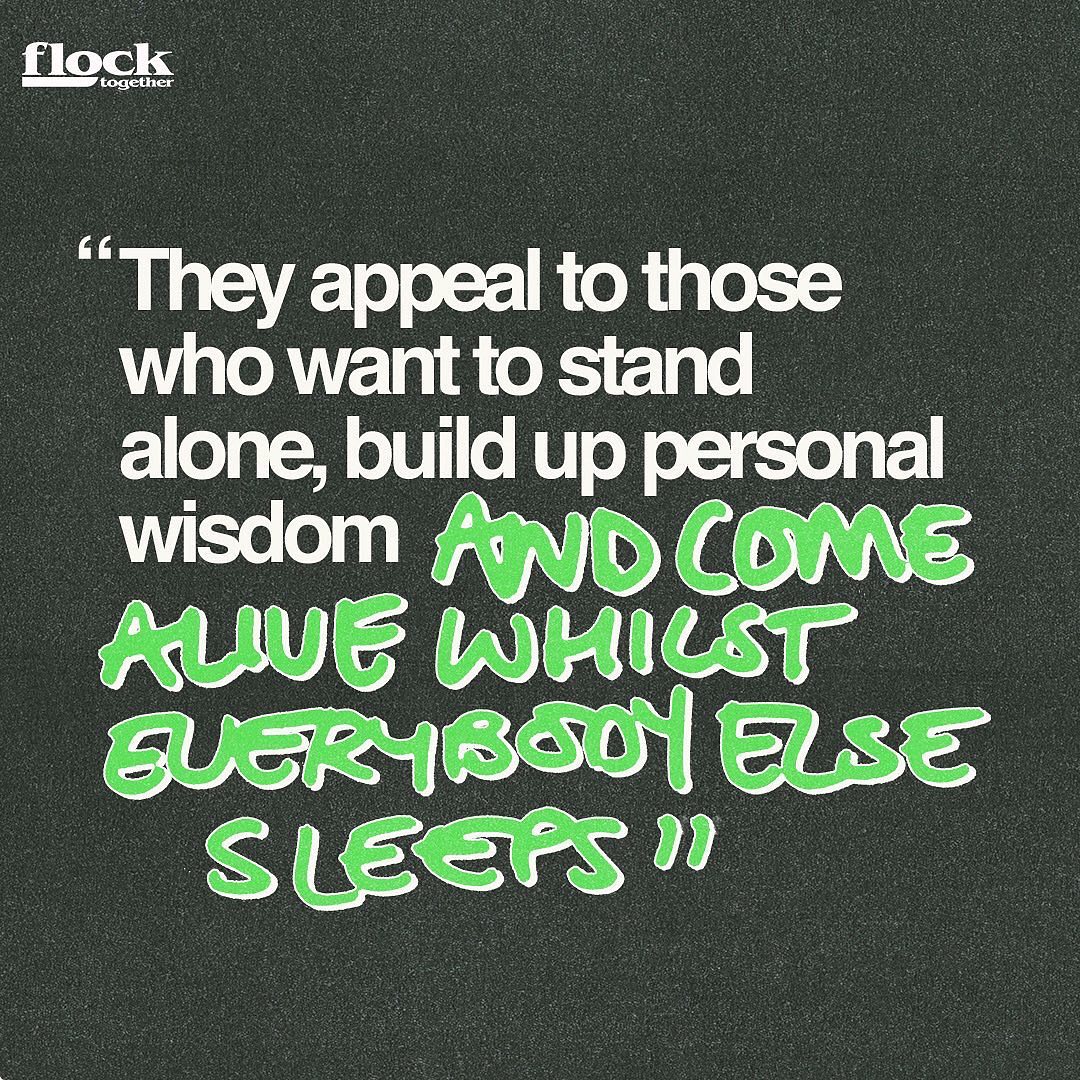 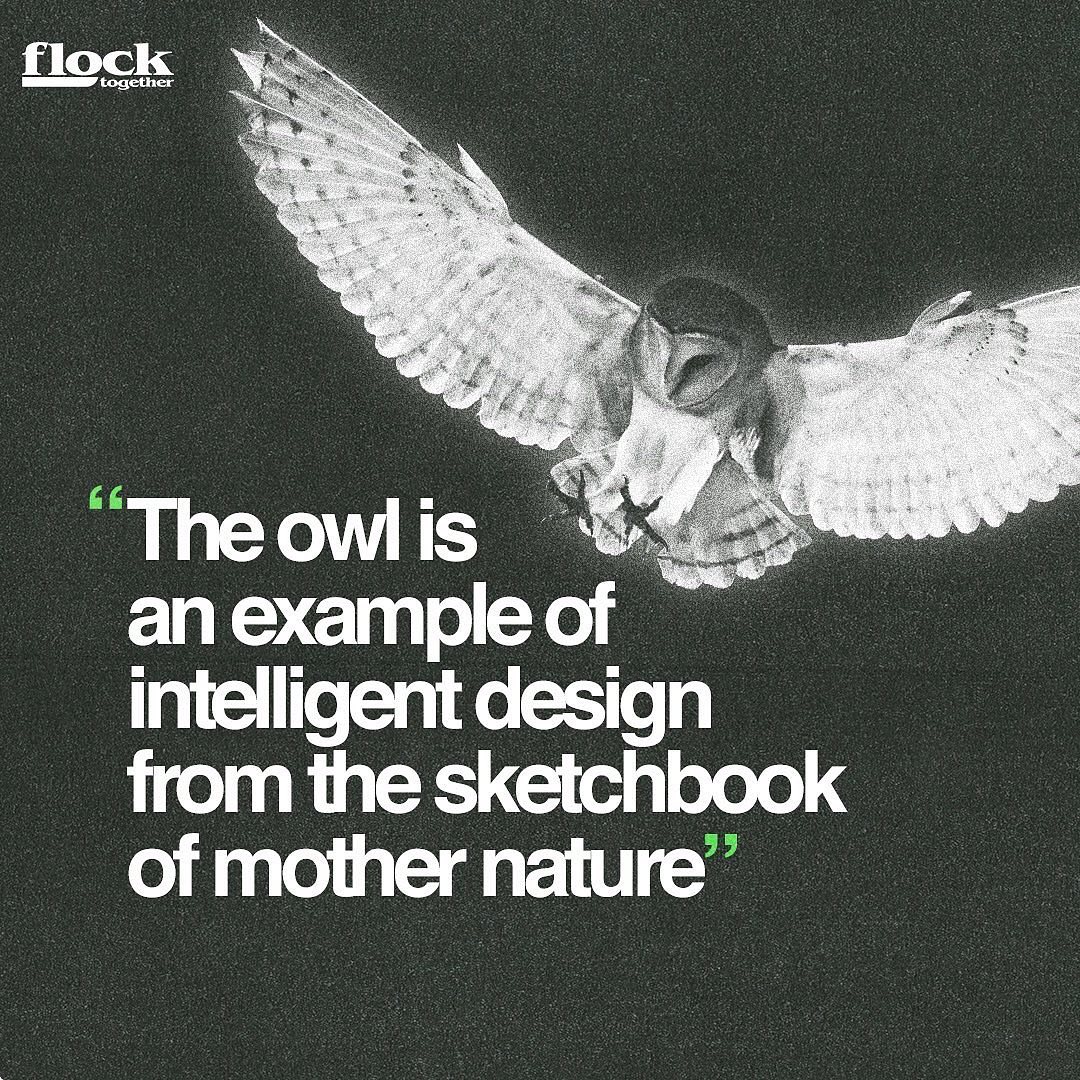 What's the moral of the Owl's story?

Owls are incredibly specialised apex predators.Their flat faces (barn owl family) made up of feathers which grow in circles around the bird’s eyes, in the direction of the owl’s ears, are located asymmetrically in order to better locate prey. The left ear is often also lower than the other in most owl species to help pinpoint moving prey moving under cover!

Whilst the owls listen out for the rustling of their prey (mostly voles and other small mammals), specialised feathers with comb-like structures on the leading edge of their wings also give lift and reduce noiseas they fly through the air.

That being said, they are only apex because they choose a time of day where most other predators, are fast asleep. This choice meant that they've had to spend crazy amounts of energy specialising their bodies.So are owls special? Yes. Are you special only because you like owls? No. Probably not. 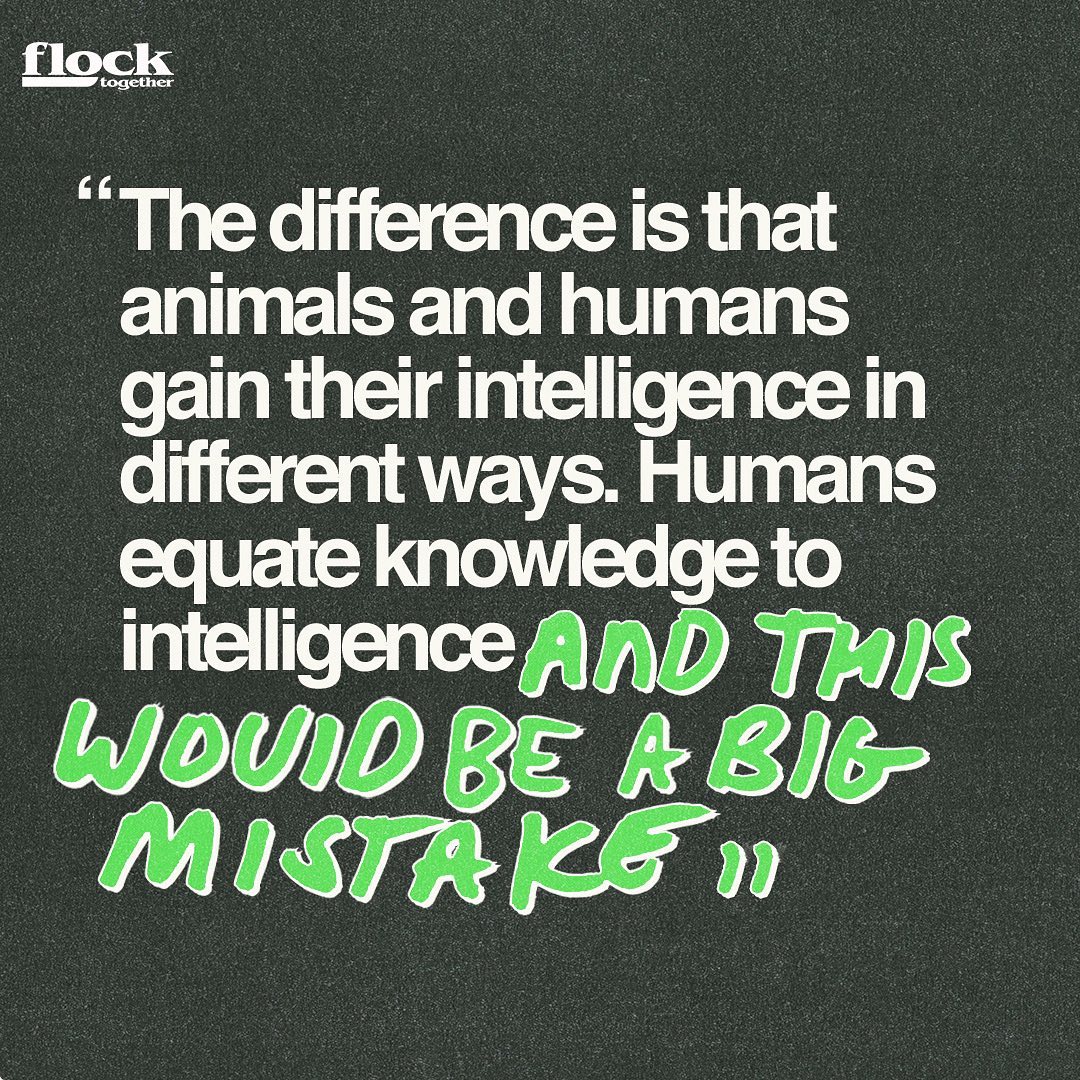 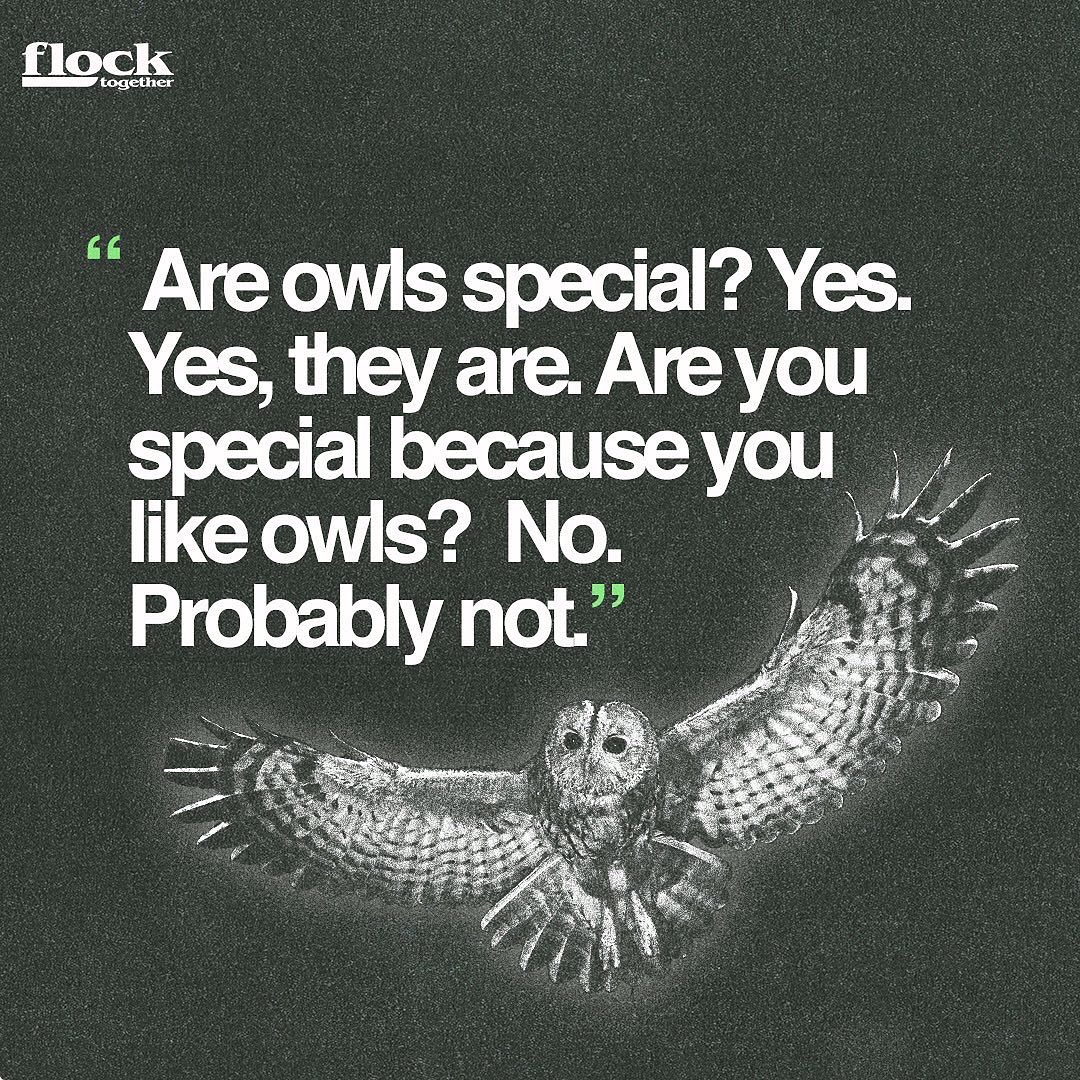 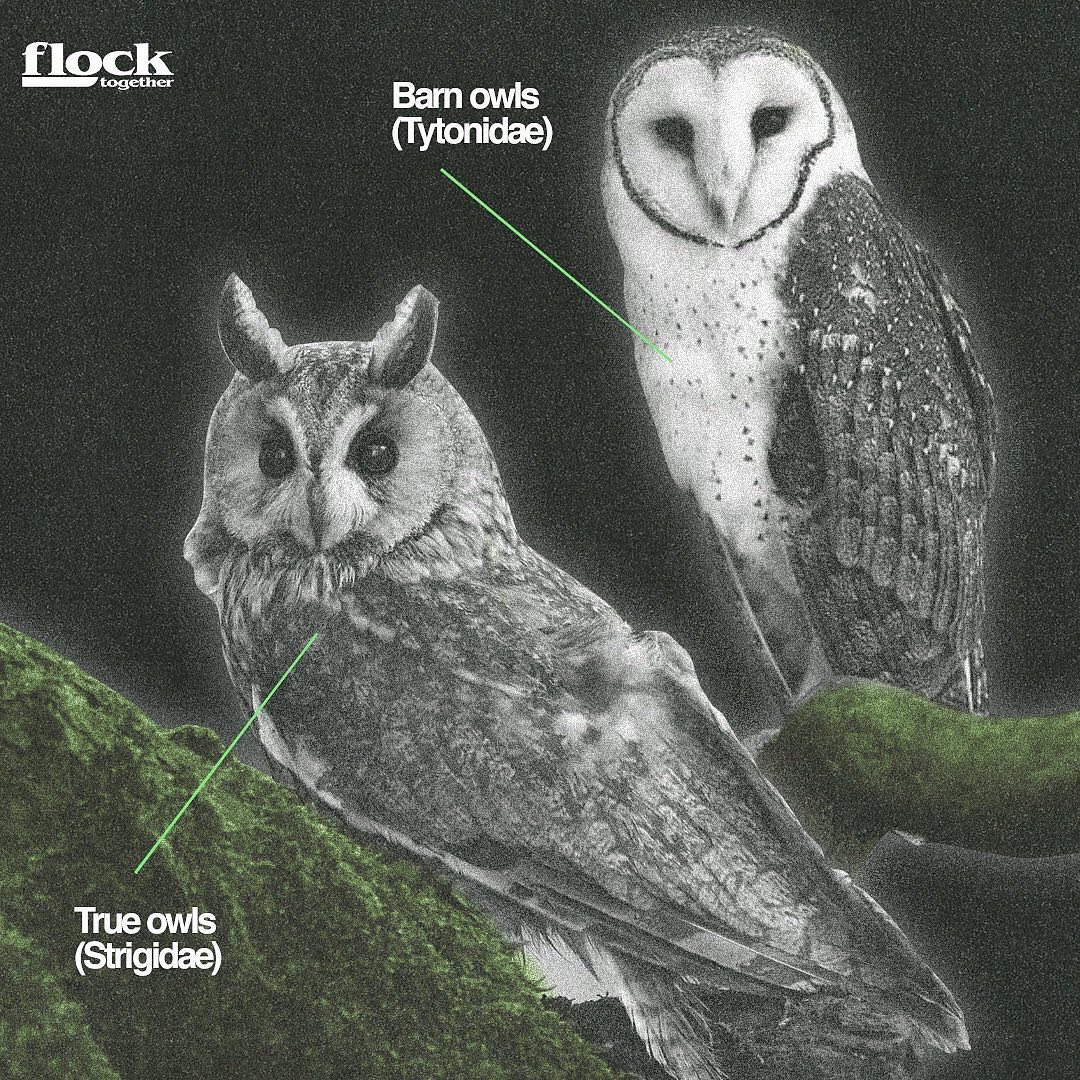 No items found.
Up next
Walk
Flock Together Academy: Woodbury Wetlands 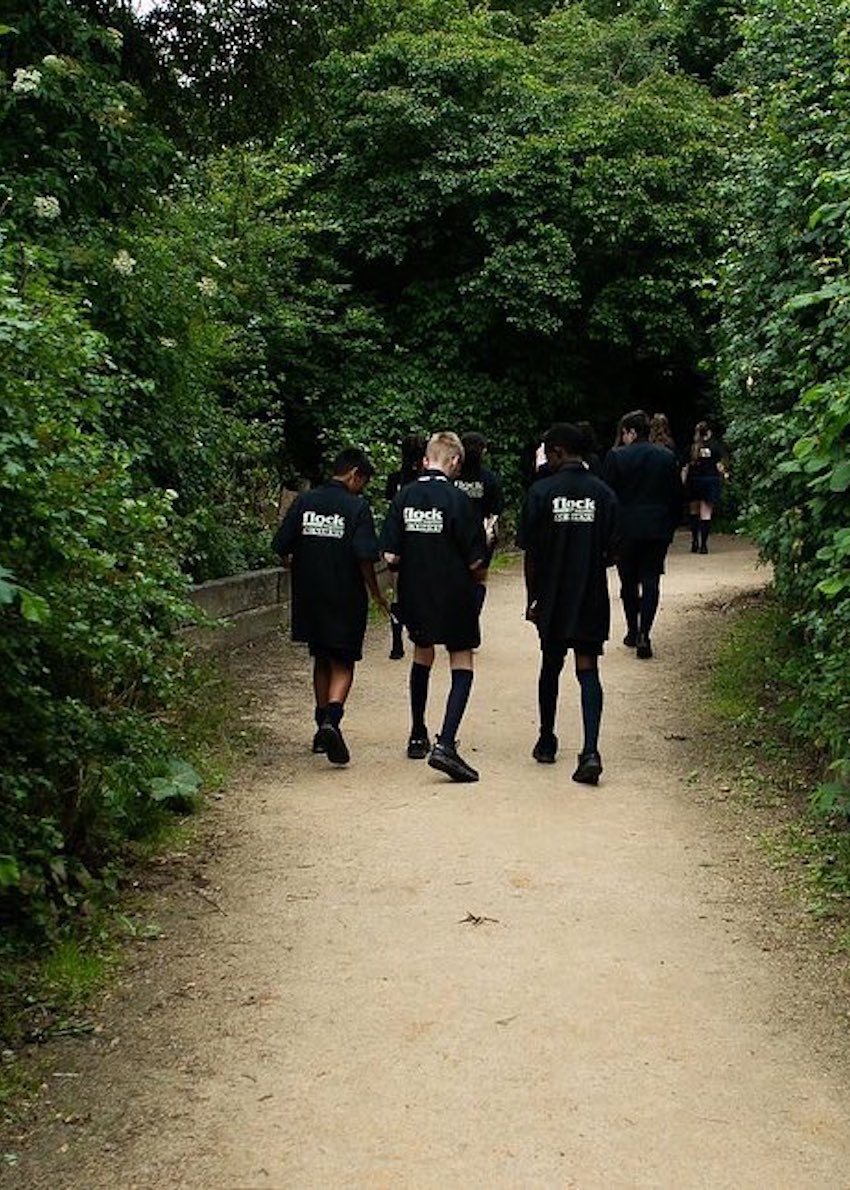